“To Whom It May Concern:

It gives me great honor to write this letter to recommend Master Ray Abeyta as a Tai Chi Chuan instructor. I am known internationally as a Tai Chi Chuan research scholar and master and a 20th generation lineage disciple of Tai Chi Grandmasters Xiaowang Chen and Zhenglei Chen. I currently serve as the Executive Vice-President of United States of America Wushu Kungfu Federation, which is the sole USA representative of the International Wushu Federation.

Sifu Ray Abeyta is a student, a fellow kung fu brother and a friend of mine. I first met him over 19 years, where he taught and ran a Tai Chi School in El Paso. He co-hosted a Tai Chi workshop seminar that featured the renowned Grandmaster Zhu Tiancai (from the Chen Village, the birthplace of Tai Chi, China. Since then, he had organized Tai Chi Workshop Seminars yearly at his school, until he moved from El Paso in 2016. Through his involvement in the workshops, he was able to gain closeness to the masters and thus a better insight into the art. In some years, to further develop and grow his Tai Chi skills, he would also travel to other locations where the Grandmaster’s workshops were held.

Ray Abeyta took full advantage of his close association and time with the Grandmaster. He applied himself diligently to cultivate the art in the traditional kung fu training system. Over time, through the process of kung fu time and efforts, he made great strides and inroads on his own into the mastery of the art.

To test his own Tai Chi development he participated in several international Tai Chi competitions including “push-hand” competitions and won medals in 2007 at the 4th International Exchange Competition of Jiaozuo, China. (3rd in Push Hands & 2nd in Yang Tai Chi form)

Therefore, Ray Abeyta is certified by operation of the tradition and custom of the Tai Chi system of training, a Tai Chi Chuan master. I hereby endorse his qualification to teach Tai Chi Chuan and recommend him fully.”

“To whom it may concern,

I have been a Tai Chi and Qigong student of Ray Abeyta’s from 1994 to the present, attending not only weekly classes but many special workshops. From 1994 to 2016, I took twice-weekly one-hour classes for approximately 50-weeks a year. Ray moved away in 2016 but returned to El Paso for weekly classes and now only teaches occasional workshops here, all of which I make every effort to attend.

Throughout the past 25 years, in addition to regular weekly classes, Ray has routinely taught special one or two-hour workshops on weekends focusing on particular skills and concepts. Further, once or twice a year, Ray moved mountains to bring in guest teachers whose skills he respected, such as Chen Grandmaster Zhu Tiancai, Dr. John Fung, Master C.P. Ong, Christopher Dow, Bill Gallen, Master Yan, Yum Hua, Adam Mizner, Bruce Kumar Frantzis and Michael Phillips to name a few. These two or three-day workshops were immeasurably enriching.

When he can’t bring the teachers to his students, Ray goes and gets the information himself. In 2015, Ray was invited to Beijing, China to become a Seventh Generation Disciple of Imperial Yang Tai Chi by Lao Si Wei, Xilan, the daughter of Grand Master Wei, ShuRen. Upon his return, he began teaching and documenting the Imperial Yang Family Tai Chi Old Six Roads form.

What distinguishes Ray Abeyta as an instructor are not only his devotion to and knowledge of both the martial and healing applications of Tai Chi and Qigong, but also his generosity of spirit and genuine desire to share information, including his creation of a series of detailed videos documenting valuable and ephemeral information. I’ve watched countless students, myself included, relax and discover the marvels of Tai chi and Qigong thanks to Ray’s intelligent approach to teaching, his good heart and his irrepressible sense of humor.

“This is to state that Raymond Abeyta has been working for the Good Samaritan Society White Acres in El Paso since 2000. He has been teaching basic sit down exercise classes and Tai Chi / Qi Gong classes to our residents as well as different styles of Tai Chi forms.

He has given several workshops for breathing, relaxing, healing and energy work.

All of our residents, many of them in their 90ties love him and appreciate him very much. He has done a world of good for them. We can highly recommend all his services from simple exercise classes to Nursing Home residents up to quite demanding classes to teach seniors Tai Chi. He is very patient and always aware of the physical restrictions of our older population. ” Verena Williamson, Activities Director

“I have have had the pleasure and profit of working on and learning Tai Chi arts with Sifu Ray Abeyta since 2003. He is very  skilled over the range of the Tai Chi arts and has the talent of connecting with other major world Tai Chi teachers at the highest level, learning from them himself and making their teachings available to his students.

His manner is friendly and natural, putting on no airs, creating a serious but enjoyable atmosphere in his classes and workshops. But the most striking thing about Ray is that he is a born teacher, perhaps the most generous teacher I have known. He loves to share what he knows and it just overflows out of him. Some of that comes from his deep love of Tai Chi and some from his being a generous person who gives from his heart. It has been a joy to play in the waters of Tai Chi with Ray.”

“I have known Sifu Ray Abeyta for the past 7 years and admire and respect his teaching talents, wicked fighting skills (tempered with the elegance of Tai Chi Chuan) and his tumble weed sense of humor.  We would be going through the form and out of nowhere a witty comment from him will ‘tumble’ through the class making everyone’s tai chi better for a brief moment when we all relax from laughing.

Ray is one of those rare individuals whom contributes more to life than he takes for himself. He has the Spirit of a warrior and the mind of a Cowboy’s fan.  His classes have helped me in a myriad of ways and I am proud to call him Sifu and my friend.”

“I highly recommend Ray’s classes for anyone in the legal profession and law enforcement. Ray is an excellent instructor, and his classes are just plain fun to attend. I recommend Ray as an instructor in taichi and qigong without reservation..”

“This letter of recommendation goes out to those who are interested in utilizing the services of Sifu Raymond L. Abeyta, T’ai Chi Instructor for the University of Texas at El Paso; Ray and his assistant, Ms. Anne Mountin, conducted 3 separate workshops for U.T.E.P.’s offensive linemen, tight ends and some of the defensive line prior to our 2000 football season.

I believe that we picked up many valuable pointers concerning body alignments, use of true power & improved mental focus which aided in our winning the Western Athletic Conference in 2000 as well as sending our team to it’s 1st ever ‘Bowl’ appearance. I recommend that all Coaches who want to improve the performance of their athletes, regardless of Sport, take advantage of this Man’s knowledge and experience..” 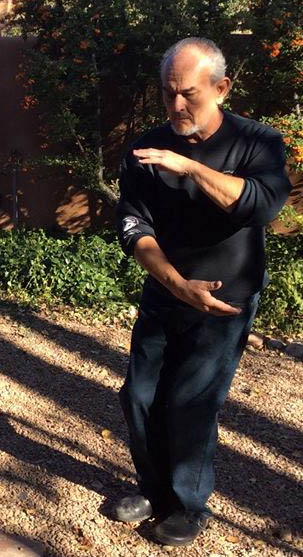 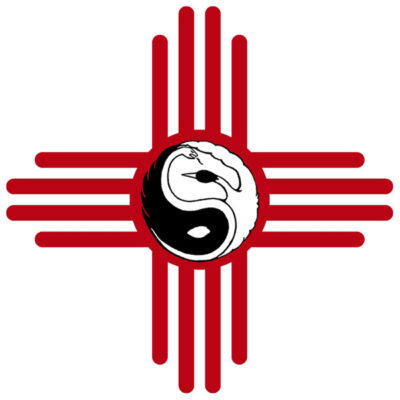 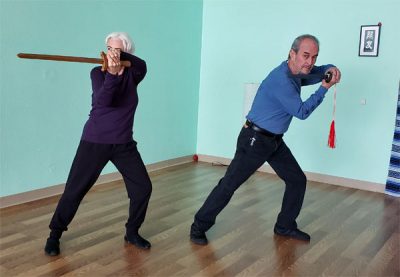 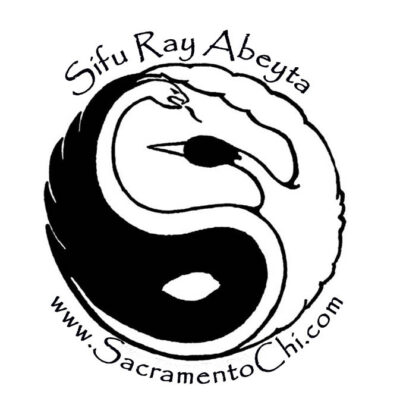 updated 9/1/2021 SacramentoChi is following state guide lines, join us for stress reduction at this very difficult time. No more mask requirement but students need to be vaccinated to attend. [...]